Deep learning is part of a broader family of machine learning methods based on artificial neural networks with representation learning. Learning can be supervised, semi-supervised or unsupervised. In this tutorial, we’ll see how to get started with applying imitation learning as well as reinforcement learning to the MuSHR car through the use of a modified simulator developed by the DIYRobcars community, named Donkey Simulator.

This tutorial will help you get familiar with the framework developed for creating, training and testing the neural network models in the modified driving simulator.

In order to successfully complete this tutorial you will need:

If you have CUDA enabled, you’d pick the option for the CUDA version you have installed on your computer. Copy the highlighted command and paste it in the terminal/cmd and hit enter. (use pip3 instead of pip if you have python 2.x and 3.x on the same system)

It is advised to use a GPU enabled machine for running the models, as the inference time for the models can be high when running on CPU, which may lead to control related issues when actually using the model to drive the car.

Setting up the environment

In the case of macOS, the files will have a slightly different arrangement but they’ll all be there when you download the binaries.

Note that from here onwards,

Execute these commands in the DonkeySim directory:

Dependencies: The remaining dependencies can be installed by running

Find the donkey_sim.exe or donkey_sim.x86_64 file (it will essentially be an application) within the DonkeySim directory. On Linux, you’ll have to give permission for the execution to this application. You can do this by entering the following command in the terminal:

Now double click on it to start the simulator. Right now, the simulator is running in stand-alone mode. Your screen should look something like this:

Note that each time you start the generated track, you will get a different track layout. This is useful for producing a rich dataset for training. The donkey sim by default allows you to record steering and image data. However, we won’t be using this feature.

Driving the car with the keyboard should give you a feel for the dynamics of the car. Drive till you’re content, then click on “STOP” on the top right corner. You can try out other environments or quit the simulator at this point.

The reinforcement learning example is already provided by the gym-donkey car package. The aforementioned package provides an open-AI-gym interface for training and inference.

Training: a) Start the simulator by double-clicking it.

b) Execute the following commands in the terminal:

It is possible to start the simulator by passing an argument as well but it’s not the most user-friendly method, so it has been omitted for the sake of simplicity.

You can expect the car to start moving erratically and resetting to its initial position every time it hits something or crosses the lane boundary like so:

The trained model is saved as “rl_driver.h5” in the \MUSHR-DL\gym-donkeycar\examples\reinforcement_learning directory. The training can be aborted at any time by pressing “Ctrl+C”. The model is saved after each episode (an episode lasts until the car hits something or crosses the lane).

Testing: You can test your model with the following command:

You will notice a similar interface as before:

However, you’ll also notice that right as the environment is loaded, your mouse gets centered on the screen. Moving the mouse up and down will increase the throttle or apply brakes (or reverse the car if it has come to a halt already). Moving the mouse left will turn the steering left and vice-versa. Small mouse movements should be sufficient to completely control both the throttle and the steering.

Once you’re confident in your driving ability with the mouse, you can start recording the data. Key bindings:

K: toggles recording (does not save the recording to the hard drive when recording is turned off)

The last two key bindings are not relevant for data collection, so just pay attention to the first two keys for now.

If you’re running this tutorial on python version <3.6, you may get an error related to the screeninfo package. In that case, open the file MUSHR-DL/key_check.py and remove all the lines related to screeninfo and set screen_width and screen_height to the pixel width and height of your monitor

In this tutorial, we will create a dataset for training an image-to-steering network.

the model will be saved with a preset name. The same model name is used in testing as well as the model running script, and so for the sake of the tutorial, the name should be left as is.

Testing: The following command can be used to test the model. The printed numbers are the error (or difference) between the ground truth (human driver or supervisor’s response to the input image) and the network output.

To use a model for driving the car (assuming that the model exists), start the simulator again by double-clicking the donkey_sim.exe/x86_64 and then run the following commands:

The environment “MUSHR_benchmark” is a simpler, fixed environment that you can use to compare the performance of different networks. the model type is set to steering as we trained a simple image to steering prediction network.

When the environment loads, you’ll notice that you can still control the car manually with the mouse. To enable the neural net steering, press “A”. You will notice that the steering will now operate on its own and will not be affected by your mouse inputs. The throttle will still be in your control and so you will have to use the mouse to apply throttle.

This section provides information on how the underlying code works and how one could test their own models within this framework. The RL pipeline is fairly straightforward and the steps for it have been provided here, therefore, we can jump to the Imitation learning pipeline.

This section assumes that the reader is well versed with Python, NumPy, OpenCV, and has some understanding of pytorch (a high-level understanding is sufficient).

As stated before, the imitation learning pipeline involves 4 steps, data recording, post-processing, training and finally running the trained model on real-time data (which can be considered as “testing”). For the purposes of data recording as well as running the model, we use the same script run_sim.py, for post-processing, we use post_processing_mushr.py, and for training, we use pytorch_img_to_steering_train.py.

Before we get to the code part, lets first quickly consider what we get from the simulator. The simulator provides the following state information about the car: 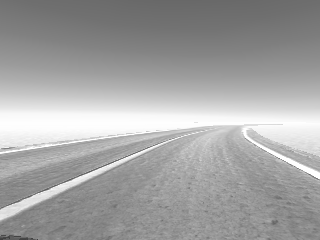 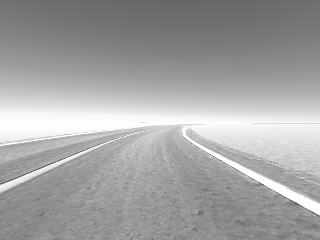 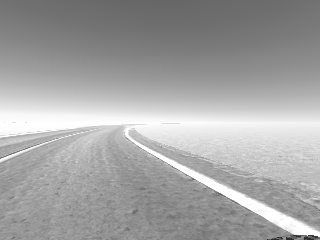 The main script is actually a modified version of this script from the donkey simulator source code.

The main script (run_sim.py) defines a class SimpleClient, which derives from the SDClient class. As far as we are concerned, the object of this class performs the job of getting and sending data using the functions on_msg_recv and send_controls respectively. We don’t have to call these functions to pass or get the values. They are called automatically and asynchronously, therefore we merely need to create class members that can be used within these functions to set or get the required data.

In order to avoid chaos, we create a separate module called CAR.py which defines a class called driver, which contains all the variables related to the car itself; the state (position, speed, steering, throttle, image) as well as other information which may be useful such as the wheelbase of the car and status flags for whether the data is being recorded or not.

In the SimpleClient class inside run_sim.py, we create an object of the “driver” class and call the update_state function in the on_msg_recv function. This function is the core of the driver class, as it updates the state of the car and records the data. Note that it records the state of the car along with all the 3 camera images (grayscale). The data is appended to a list, which is then saved as NumPy array by the main script (run_sim.py)

Within the same script, in the init function you will find variables for input and the Neural net being defined. These are objects that are responsible for updating the control commands. The main functions of these objects are run in a separate thread to allow asynchronous operation.

The control inputs are captured by the object of class keyboard_input. This class further makes use of the key_check module which further uses pynput library for getting the keyboard strokes and mouse inputs. The job of this module is to act as a middle-man so that the key bindings may be modified in the future.

The imitation learning model (or any autonomous approach based model) is run using the object of class model_runner. The update_model_input is used for getting the data, while the run_model is used for processing the input asynchronously.

The overall structure of all these modules looks like this:

Going through these files should tell you how you could add your own methods (ideally, you should add your autonomous control code in the model_runner file).

The file pytorch_model.py provides an example model for controlling the steering angle with the input as an image. Feel free to play around with the architecture of the model. If you change the output type or dimensions, you’ll have to do the same with the dataset as well and write your own code block for converting your output to a steering angle. The script contains 2 other models as examples to show how the model could be modified to output

The model is imported during training to the training script. This script is essentially a repository for all the models you create, which makes making complex models convenient as you could borrow and swap code blocks from other existing models fairly easily.

The post_processing_mushr.py file is used for performing any and all post-processing on the data. We’ll consider the post-processing approach for the steering data in the create_steering_data function. The variable ‘N’ is for controlling the frames that you want to exclude; for instance, if the recording was stopped due to some glitch or a driver error, the driver error would also be recorded in the last 1 second (last 15 frames). The model we have here expects a 320x240x1 image as input and produces a 2x1 output. The output essentially represents how much the model thinks the car should go left and how much it should go right. If both numbers are 0.5 and 0.5, the net steering angle would be 0.

The purpose of the function is to convert the single steering angle value between -1 and 1 to 2 variables representing left or right. You could design your own custom functions for a different kind of output (for example, a 30x1 array where each entry represents a steering angle between +/-15 degrees). For the camera images looking 15 degrees away from the center, add or remove 10 degrees of steering angle before converting to a 2x1 format. Finally, shuffle the data and then save it.

The pytorch_img_to_steer_train.py shows how the image-to-steering model can be trained. Here we assume that the model has already been defined and accepts a 320x240x1 image (or Tensor) and spits out a 2x1 output. The pytorch_high_level.py module provides a high-level interface for training any model.

If you create a model with different outputs, like the Bezier or image-to-image model, you will have to write your own code for converting the model’s output into control commands. The scripts mentioned here can be used as a template for you to make your own scripts.

If you plan to use any part of the the MuSHR platform (including tutorials, codebase, or hardware instructions) for a project or paper, please cite MuSHR: A Low-Cost, Open-Source Robotic Racecar for Education and Research.